GET TO KNOW GEORGE & SUZY

Visit the home of American Abstract Artists George L.K. Morris and Suzy Frelinghuysen, set on a 46-acre estate in the heart of Lenox, Massachusetts. View their paintings, frescoes, and sculpture; experience their exquisite collection of American and European Cubist Art. 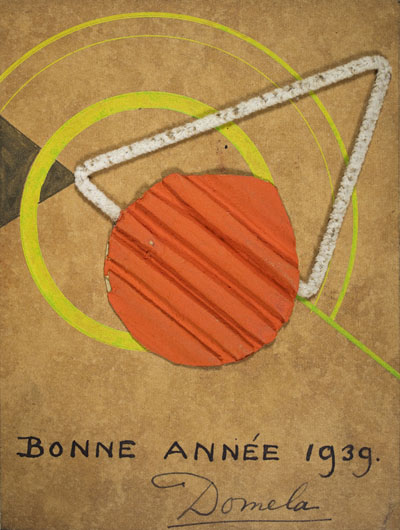 Wishing you all a Bonne Annee!  This is a New Year's card in the collection that was sent to George L.K. Morris and his wife Suzy Frelinghuysen from Dutch artist Cesar Domela. He was a friend and collaborator of George L.K. Morris and the youngest member of the De Stijl movement which included Mondrian. The card is made with a pipe cleaner and corrugated paper. 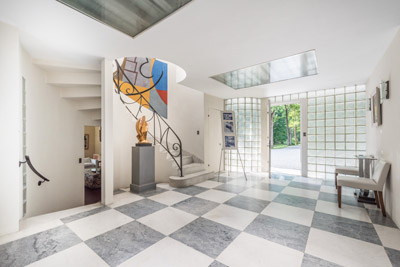 Thank you to all members, visitors, and our amazing staff for making this season happen.  We will continue to offer virtual experiences, including classes,  so stay tuned!

For those who missed the opening Members Party, here is a clip of mezzo soprano Marjorie Dix singing Che faro sensa Euridice in the living room accompanied by Amy Renak. Click here. 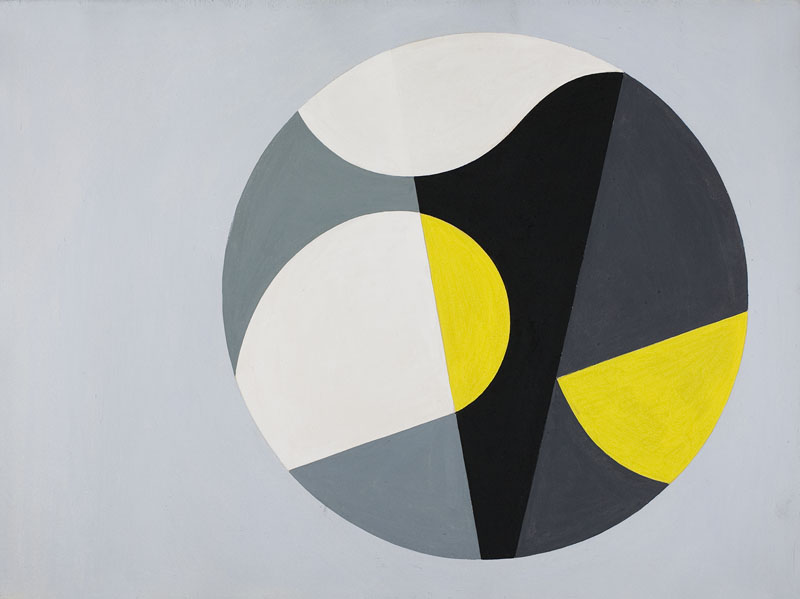 Frelinghuysen Morris House & Studio is lending a painting from its collection to the Museum of Modern Art’s exhibit, “Sophie Taeuber-Arp: Living Abstraction”, which opens November 21st. This major exhibit, following venues in London and Berlin, surveys this multidisciplinary artist’s career, when it was radical to be a multimedia artist. This Swiss born artist created paintings, reliefs, architectural and interior designs, polychrome marionettes, textiles, and beadwork. Sophie Taeuber-Arp was in the shadow of her more famous husband, Jean (Hans) Arp, as were many female artists.

George L.K. Morris was friends with the couple and collaborated with them and Caesar Domela on the art magazine, “Plastique” during its short run from 1937-1939. Morris bought this painting of gouache on paper, titled Composition in a Circle (10”x13”) from Sophie Taeuber-Arp in 1937. The same year, in his capacity as Chairman of the Advisory Committee at MoMA, Morris acquired a sculpture by Jean Arp for the museum, as well as a Mondrian and Miro. He collected works by these artists who were little known at the time, and for himself, at the same time. 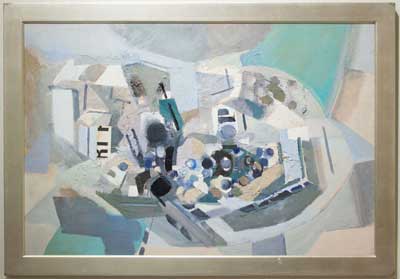